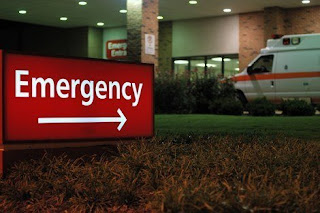 It happened today, just days before our Savior’s birthday. At a time, when most people are out shopping for the “perfect gift” or enjoying festivities and the season, we are bearing witness to an act of heinous evil.  It happens every day the abortion mills are open.   We told you it was just a matter of time, when "botched abortions", would start arriving at area hospital emergency rooms from this state-of-the-art mega abortion facility in the Metro East after announcing they would be performing the first of many surgical abortions beginning the week before Christmas. Sadly, we warned everyone, it was just a matter of time botched abortions would be coming out of legal “back alley” abortion mills.  Same bad abortionists: different killing sites. Only it's legal in IL. and due to revised RHA, signed by Gov. J.B Pritzker this past June, there are no consequences to unqualified abortionist and their “shoddy” practice. That means if an abortionist maims or injures a woman in Illinois, the negligent abortionist cannot be held accountable. Even if the woman dies.
On this sunny, cold day we had two vested sidewalk counselors and one volunteer manning the gate.  A little bit before 2 pm a police car arrived onto the parking lot. A couple minutes later a ambulance drove through and went around the building. They brought out a young woman, very pale, she was in a lot of distress. The “secret” Mega Planned Parenthood Fairview Hts., has hired the same butchers from the St Louis PP facility, that's about to close its doors, due to breaking the laws regulating abortions in MO. and putting pregnant women lives at risks, and having PP St. Louis surgical center licensed removed by the State of MO. Over 73 ambulance calls from the St Louis, MO. Planned Parenthood in recent years. Again, same bad abortionists; different killing site. And PP calls this "healthcare". This is "Back Alley" abortions, only they are LEGAL in Illinois. Anyone can perform an abortion in Illinois. You don't have to be licensed. You don’t have to be a physician. And if a woman dies during or after her abortion in Illinois, no police, no coroner, the only one notified, is the funeral home. This is just the first of what will become many calls to haul butchered women to area hospitals to save their lives from their abortionist gross negligence and malpractice. See previous post: "Secret Mega Planned Parenthood In Fairview Heights Now Dismembering Babies” www.smallvictoriesusa.com.
Posted by Small Victories at 8:15 PM

FREE “ABORTIONS” NUMBER ONE TOURIST ATTRACTION IN ILLINOIS
Written by: Angela Michael
Oct. 2019
While many Illinoisans are fleeing “the Land of Lincoln” due to high taxes, corruption, poverty levels and crime, there appears to be a recent steady rush of visitors to the “Prairie” state for another reason. Conspicuously, a welcome mat at the entrance to our great state--a huge billboard--welcomes everyone seeking a legal abortion. That’s right, the number one attraction or draw to Illinois is now murdering babies and what’s worse, is the sweeping new abortion legislation known as the Reproductive Health Act which removes any laws or oversight protecting women and born or unborn babies inside abortion mills. This makes Illinois the deadliest and most ruthless state when it comes to late term abortion.
And the kicker, here it comes, Illinois taxpayers are forced to pay for unlimited out of state abortions. Yes, all 50 states, due to a loophole buried in the revised RHA legislation which also declares that a woman can receive an abortion throughout ALL 9 months, and it doesn’t have to be by a physician. Also, no underage abortion need be reported, which means abortion mills in Illinois are a “sexual predator’s paradise” for getting rid of any evidence.  As a matter of fact there is no reporting at all; no inspections or licensing anymore, no oversight, no annual reports to the Illinois Health Department, no 9-11 calls or FOIA.
Abortion is a fundamental right now, and safe procedures are no longer paramount. Also, a child born alive during an abortion has NO rights; no life sustaining measures will be provided. The RHA also removed criminal penalties for physicians who perform abortions on non-pregnant women. The partial birth abortion ban has been repealed; no longer will a medical excuse be needed to murder late term babies that can survive the viability point, 23-24 weeks. And, if a woman dies during or after her abortion in Illinois, there is no reporting, no investigation, no coroner will be called; only the funeral home.  One has to ask, this is “health care”?  Sounds more like legalized “back alley abortions,” and taxpayers are straddled with the unending cost.
Years ago, it used to be the towering steel industry that drew families from all 50 states. Now, it’s free abortions. We have seen an 80% increased in Granite City, Illinois alone. Recently the announcement of a “secret” mega Planned Parenthood clinic was met with much media attention in Fairview Heights, Illinois. It’s only 13 minutes from the current “America’s Abortion Capital” aka Hope Clinic. The mega mill was built in “secrecy” to keep protestors from trying to prevent or thwart its construction and opening. You know anything built in secret is not good.
Yes, it really is a mad exodus of Illinoisans leaving. People can’t afford to live in Illinois due to being taxed to death and jobs moving out of state to friendlier territory. Consider, a diabetic in Illinois can’t afford lifesaving insulin, but Illinois can afford to pay for everyone’s abortions.  Shameful.  Unfortunately, the only businesses thriving in Illinois are the abortion industry and moving vans.       Mark 4:22
Posted by Small Victories at 8:59 PM

St. Louis, Missouri gun violence hypocrisy: 14 Children Murdered in ST.L/14 Children murdered within an hour inside "America's Abortion Capital", Hope Clinic, Granite City, IL everyday. 30-48 children murdered 5 days a week. Different weapon; same results. Dead children. Where is the media then? Where is the outrage ? Where is the protests?  Hypocrisy so thick you can cut it with a knife. Today, it caught national attention. Even political candidates tweeted and it caught some spotlight.
Hope Clinic is a child massacre machine. Most abortion clients are coming from St. Louis, Missouri. Dis appropriately, most are Black American. Most from North St. Louis, a low income poverty ridden, crime infested region. Hope Clinic is Missouri abortion mill as there are no restrictions and Illinois taxpayers are forced to pay for limitless abortions from all 50 states. Abortion is being used for birth control. Period! This is evil . And evil does not obey laws. So too are gun laws.  The criminals will always get guns. How can you control what is evil?  This is prophetic, God is trying to get His people's attention. If we can't protect those most innocent that being the unborn children, how can we protect those in the streets?  There is NO respect for life. Any life. We have shed so much innocent blood there is going to come a time where God will not forgive us. I think that time has come. He is showing us our hypocrisy. When you sow blooded in the womb, you will reap it in the streets. In the Bible, Cain's blood cried from the ground when his brother, Abel murdered him. So too, is the innocent blood crying from abortion mills such as Hope Clinic where babies are murdered 5-6 days a week 30-48 daily. Mothers and abortionists are using different weapons; same results. Dead children.  "Bloodshed pursues bloodshed". Where is the outcry for ALL murdered children, I ask you ?  "Innocent blood has a voice, and that voice cries out for justice". Only then will the violence end. Saint Mother Teresa said, "If a mother can kill her own child, how can we tell others not to kill?  Here lies the problem. Maybe if the abortion mill used guns to murder children, people would  be outraged. 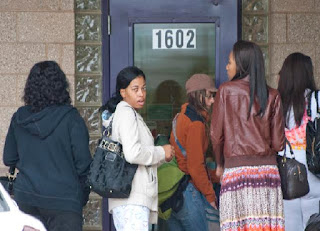 Posted by Small Victories at 5:05 PM

It appears to me not only are we a Nation of murderers but of hypocrites also. When a civilized society allows the daily murders of full term babies or any gestation of innocent unborn babies, why is that same society outraged,and shocked at the mass shooting murders? Today El Paso Texas, Dayton, Ohio, tomorrow who knows? It's too be expected. "Bloodshed pursues bloodshed". Our civilized society is reaping what we have allowed to be sown in the womb. No one is safe. When we put a price tag on life and become our own gods, we have lost all respect for any life. Different weapon; same results. We co-exist with evil and  give permission with our silence and inaction. There will be more, just a matter of when, sadly. Different day; same evil.~Angela
Posted by Small Victories at 9:43 AM

This is the insanity of abortion. PP has had several incidents that ambulances were seen transporting injured abortion pt.s to Barnes Jewish, ST.L, MO.
Not only is care inside PP substandard, but dangerous! People, not on staff, performing abortions are not licensed or trained to do so. At least 3 women in past weeks almost died. That's what drew the complaint against PP. PP has failed to comply with safety restrictions. No ultrasounds are being performed before or during abortions, etc. It's a guessing game. Health investigators attempting to interview all 9 abortionists, but 7 are refusing to meet. Only 2 licensed physicians are willing to meet with the inspectors and health department.   And here I thought "legal abortions" was suppose to eliminate "back alley abortionists"?  And on the other side of the river, IL votes to radicalize current abortion legislation. Abortions through all 9 months,no oversight by state health department, or other state agency, no inspections, no abortion stats, No repercussion if ab client injured,unlicensed staff can perform abortions.etc. No oversight.
And IL taxpayers are paying for unlimited abortions, for anyone. And pro aborts are loosing their minds, I mean going "nuclear" screaming "we won't go back" waving coat hangers, frothing at the mouth" my body, my choice"!
Isn't this exactly what is happening inside ab mills? Back alley abortion hasn't ended, it's just legal now. MO. PP epic abortion failures supports the insanity of abortion and those who support it. Illinois,it's just a matter of time. Hope Clinic has had to hire private ambulance firm(Abbott) to haul butchered women over the river to Barnes Jewish hospital in ST.L, MO., to  keep the cover up ongoing. Now, with the influx of MO abortion bound, to Granite City, Illinois,well  katy-bar-the-door! You may want to rethink that billboard, "Welcome to Illinois, where you leave Hope Clinic on a stretcher".  Safe, legal  ?
Posted by Small Victories at 12:57 PM 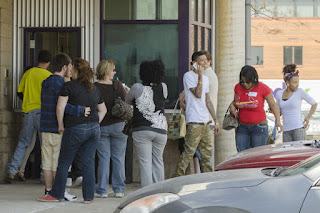 Posted by Small Victories at 4:19 PM