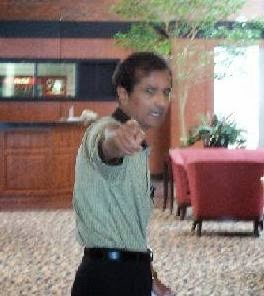 It happened again,..we just received word and the 911 tape from Yogendra Shah's Peoria ,Illinois abortion mill,  "National  Health Care",  where a small group sometimes stands praying. On Wenesday , Feburary 25th, 2015, a witness just happen to show up outside the abortion mill, when the ambulance arrived and took a woman in distress to the local hospital. This same scenario happens quite often in Granite City, Illinois at Hope Clinic for Women, where Shah is the chief abortionist. Mr. Shah has given up his medical practice and is killing babies full time in Granite City. He admittedly makes more money off of performing four abortions rather than getting woke up in the middle of the night to delivery one baby. He kills in Granite City, Illinois on Tuesday, Friday & Saturday. On Wenesdays, he moonlights up to Peoria to  kill babies. Shah has been killing babies for over 37 years in Granite City, approx 400,000 innocent babies just in Granite City, Illinois. This butcher has not made enough money off dead babies, I sumise, or he really loves his job. "Pam" is still answering phones at this Peoria, Illinois slaughterhouse where we asked if the same butcher was working that almost killed that girl in Feburary? "click".

Yesterday, we knew something was out of sorts when "new mom" and abortionist Erin Lee King  shortened her maternity leave and arrived to begin the slaughter in Granite City, Illinois. Repeat, botched abortionist Yogendra Shah is more than likely laying low until the "dust settles" on yet another one of his "botched abortions". How many more women have to be killed or maimed by these legal back alley abortionist before the state of Illinois steps in? If this were a real physician, his licensed would of been pulled and this mill shut down. Even a tattoo parlor has more oversight and regulations and inspections.

According to FOIA 911 tape the call was placed early in morning where a young woman was overheard requesting an ambulance to National Healthcare for a woman who was having complications.  The operator asked "if the patient was still breathing"? the caller responded "Yes, but having difficulty". The 911 operator went back and forth a few times requesting pertinent information to access the condition of patient and abortion clinic caller was being evasive with her answers as not to acknowledge the real problem . This is a very dangerous and seedy, lucretive business. Evidently, the love of money is the root of all evil ..How can anyone call butchering women and murdering babies,"HEALTHCARE"?
The investigation is still active and forthcoming. Will update later.
Posted by Small Victories at 8:42 PM 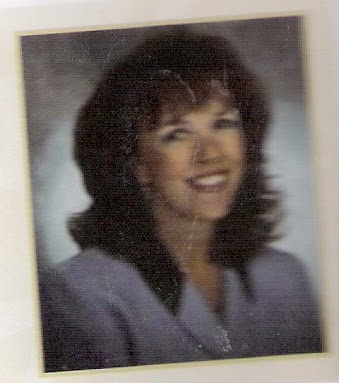 1 Corinthians 4:5
As we always suspected, but recently found out to be a fact via Pastor Anthony Casoria, Kathy Sparks and her attorney, David Asmus, were responsible for the libelous website attacking our ministry and integrity.
After seven years of prayers God has brought what was hidden in the darkness to light. At a recent Metro East church meeting with elders and deacons, the senior pastor of Center Grove Presbyterian, Anthony Casoria, and assistant pastor Craig Frazier, admitted to those in attendance it was through a phone call they learned of this malicious website portraying our vital ministry in an ugly, negative perspective. The caller was attempting to convince the church leaders not to continue with their support of our mobile pregnancy unit which has been embedded for the past 22 years on a daily basis outside the Midwest’s notorious, largest, late-term abortion mill in .
In the conversation, Mosaic’s executive director Kathy Sparks was poisoning the pastor with the same lies and false accusations she and others have created over the years to take the attention off of their wicked schemes. These include purchasing an over $150,000.00 state-of-the-art ultrasound van to try and replicate what Small Victories has been doing outside the abortion mill for decades. The only problem is that Kathy Sparks has never seen the sidewalks outside the abortion mill since she quit killing babies with Yogendra Shah. Yet, this is another way to bring more money into her cash cow pregnancy center while looking like she is saving abortion-bound babies. (http://www.guidestar.org/FinDocuments/2013/371/218/2013-371218460-0a5e0de3-9.pdf) Her own brother in law, Bill, called her a “window dresser.” You won’t find any dirt under her freshly manicured nails.)
During the meeting, a slide presentation was shown and the website was dissected between outright lies, gossip, and slander. What was worse, this malicious website distorted the Word of God to justify their un-Christ-like actions. It was an inquisition as a fan club member, Larry Hutchinson from , led the charge. It was repulsive to those elders and deacons who thought they were attending a regular church meeting. But the devil has been busy! Satan hates our guts and can use anyone, even a so-called abortion worker convert and professing Christian woman.  The real problem is green eyed envy.  Read “The Green Flu”: http://www.smallvictoriesusa.com/Articles/2008/The%20Green%20Flu%20Feb08.html.

Nothing sharpens the eye more than jealousy. This has been what has caused the division outside the Hope Clinic abortion mill. Kathy Sparks and other incorrigible troublemakers have taken full advantage of the situation, but you'll never see her outside this abortion mill. There seems to be a secret covenant between Ms. Sparks and her former boss, abortionist Yogendra Shah, who also hates our ministry’s guts and will do anything to make our ministry look bad and portray the abortion mill as good.  Kathy is still friends with her former abortion co-workers. She admitted this in the Missouri House with representative Jane Cunningham at her side where she tried to pull the wool over lawmakers’ eyes. However, God provided a way once again for us to deliver his mail and to tell the truth of what was happening at Hope Clinic and in with its underage abortion abyss. Read “A Day at the Circus” www.smalvvictoriesusa.com

Don't get me wrong; I think it's great Kathy Sparks holds a high school diploma, has repented from murdering babies, and has turned her life around. Yet, in our decades of history in , her dormant pregnancy center was the entire reason for getting our ministry started outside the local abortion mill. Years ago, we couldn't get any help or answers, let alone an ultrasound, for a pregnant woman after we convinced her not to get an abortion. I literally sat on the sidewalk waiting for a call back from somebody at Mosaic (formerly New Beginnings). Either our calls weren’t returned or we were told there was “no one to open up or do one.” Or as “Toni” informed us one cold, gray morning, as I held a girl in my arms that was 17 weeks pregnant seeking an ultrasound and told there was probably something wrong with her baby, “Just let her go, especially if she's on drugs or an alcoholic. It would be better for her to have the abortion.” We were shocked to hear that coming a from pregnancy centers’ mouth!

So you know what we did? We didn't worry about being turned away and standing on the sidewalks, helpless. God made it possible that he would equip us. To those whom God has chosen or “called,” He equips, He qualifies. You don't need a degree or to graduate magnum cum laude to stand outside Hope abortion Clinic to save babies. But this evil plot was devised to take the attention off of Kathy and others’ jealousy towards our ministry and the fact that the abortion mill’s Yogendra Shah could not hide the truth of what evil and vile things he is doing.  The defaming website was also constructed to defund our vital work outside the abortion mill in Granite City and instead bring more funding to Mosaic, i.e.: Mosaic’s mobile unit, which, as related to us by a former Mosaic volunteer, is barely used except for photo ops.

For years, Kathy Sparks has tried to convey to people that she is the only CPC saving babies. However, our ministry has proven that abortion-bound women are not seeking abortions at pregnancy centers. That’s why Mosaic Pregnancy Health Centers is never busy; many former volunteers and supporters have reported this to us. Kathy Sparks may have quit killing babies inside Hope Clinic, but when you selectively help pregnant women or make it so hard to get assistance, pregnant women are going to obtain instant relief. That is why we kept intercepting them outside Hope Clinic, at least during our hours there. Vengeance is mine, sayeth the Lord. Don’t return evil for evil. Romans 12:19  However, we pray for God to deal with Kathy Sparks and others that would so deceptively come against God’s ministry composed of the only ones for decades saving babies scheduled to die in Granite City. It is a sad truth. But we overcome evil by doing good! And by doing that good, we exposed what New Beginnings/Mosaic and other CPCs are not doing.

Our ministry pioneered the mobile ultrasound movement across the nation. We have always said that you have to go to where babies are dying in order to save them. You have to be open to help mothers and their babies. And you have to save them first before you can hand out diapers. Jesus would never wait for the lost and downtrodden to walk into His office; He went into the streets. And look at the price Jesus paid for His good works, all because of the religious people’s jealousy towards His efforts. 1 Peter 2:21 You will suffer for doing good. We expect it from heathens, not professing Christians. As Christians, we feel we need to expose and warn others about this travesty within the body of Christ. You realize this is what today’s churches are full of and are putting out there.  1 Peter 3:9-17

Dishearteningly, also took full advantage that our ministry was considered too “controversial” by many a lukewarm pastor and many complacent churches because we told the truth and confronted evil. We are not your typical cookie-cutter Christians. We were a thorn in many a churches’ side. Kathy Sparks knew the worst she could made us look outside the abortion mill; in turn, it would just be easier for the Church to write out a check to Mosaic Pregnancy Centers than to actually join us in the trenches and save babies schedule to die that day. The naïve churches and pastors just drank up every word her deceitful lips poured out. They forgot that God had ordained the Church of Jesus Christ to do His work, not a “pro-life  profiteer.” 2 Corinthians 11:12-15   It’s true, you can take the girl out of , but you can’t take out of the girl.

Finally, we invite you to visit our website, www.smallvictoriesusa.com, to read the miraculous testimonies and view beautiful photos of mothers and their children who have been saved and supported through our ministry. Small Victories dedicates its time to actively help women and their families in desperate situations; our large family has been blessed with the opportunity to provide a loving home to precious children saved from abortion. Consequently, we lack the free time of Ms. Sparks to produce hateful websites and spread falsehood.